If you want a super low-maintenance indoor plant, check out an air plant, also known as tillandsia (“tuh-LAND-zee-uh”).  It’s part of the bromeliad family, and requires even less attention than those exotic plants.  Tillandsia has the added advantage of an eye catching, otherworldly appearance.  There are more than 500 varieties, and some have brilliant yellow, red, or pink blooms.

The reason they’re so easy to care for is that they are an epiphyte (“EPP-uh-fight”) and get some of their water and all their nutrients through their spiny, curly leaves.  They don’t require soil; their roots help to anchor it in place.  In fact, if planted in soil, they will die.

Tillandsia grow outdoors, clinging to rocks or trees.  But they also make impressive indoor plants, and this advice is for those plants that are kept indoors.

There are three keys to keeping tillandsia healthy: air circulation, water, and sunlight.

Air plants need…well…air. Make sure the air can circulate around the plant easily, so it can absorb the nutrients to keep it alive.

Water tillandsia either weekly, by misting, or every two weeks, by submerging for two hours in bottled water or tap water that’s been standing for 12 hours. Turn them upside down and shake them before returning them to whatever you use to display them.

Tillandsia thrive in bright, indirect light.  Keep them within twelve feet of a sunny window.  Direct sun can burn their leaves.

These are slow-growing plants.  If you want to accelerate growth, fertilize the plants monthly with a spritz of low-nitrogen, liquid fertilizer.  But dilute the solution to one-quarter strength.

Few plants are as easy to display as tillandsia. Nestle one into a shell. Put colored sand into a shallow vase, add a few small polished stones and rest the tillandsia to one side. For an architectural accent, add rocks to a pot and bury a study wire in the middle. Extend the wire about 12 inches above the base, bend the top into a small cone and place the plant in the middle.

Tillandsia are a perfect component in terrariums. They look especially nice in a natural setting, positioned on moss, surrounded with artistically placed twigs and rocks.

Clear bubble type glass containers, especially the type that can be hung from a string, are also a good idea. Just make sure the opening is large enough to allow air to circulate around the plant.  Some of these containers have two holes, which make air circulation easier.

So give tillandsia a try. You’ll be impressed with these unique plants.

Creative Commons Attribution: Permission is granted to repost this article in its entirety with credit to Hydro Mousse® Liquid Lawn® and a clickable link back to this page.

Image courtesy of Feelart at FreeDigitalPhotos.net 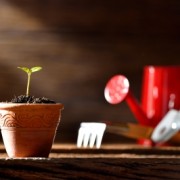 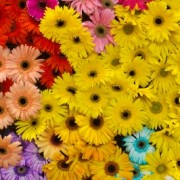 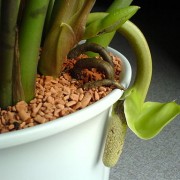 Want to join the discussion?
Feel free to contribute!

How to Rejuvenate Your Lawn with Bark Mulch